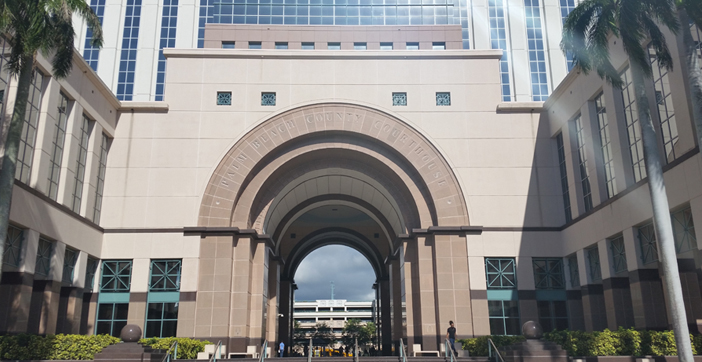 The OFFICE OF THE PUBLIC DEFENDER originated from the 1963 Supreme Court ruling in Gideon v. Wainwright, requiring representation for the indigent accused in all cases. In response to this ruling, the State of Florida established the Office of Public Defender to create a more balanced system of justice throughout the state.

Carey Haughwout is your elected Public Defender for Palm Beach County. She has served as Public Defender since January 2001. As the office's leader, Ms. Haughwout is responsible for a staff of more than 200 people - an estimated 120 attorneys and 80 support staff. With a budget of approximately $18.3 million, the office is responsible for more than 50,000 cases per year.